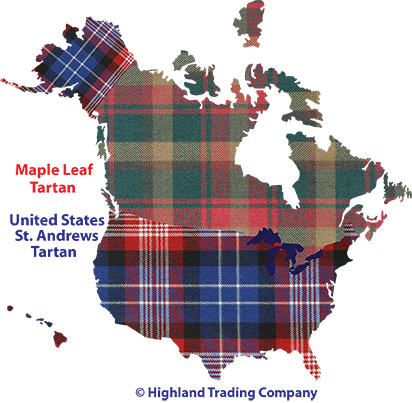 Tartan Day is a time to celebrate the achievements and contributions of Scots to the history of Canada and the United States. The idea for Tartan Day was born in the Canadian province of Nova Scotia in 1986 and has grown into a North American tradition, and in Scotland as well. Across all countries, celebrations are held with a display of Tartan and Scottish culture at gatherings, dinners and religious events. Tartan Day celebrations often include Bagpipes, Highland Dance and great food! Many take the opportunity to make it a week long celebration. Show your Scottish pride while wearing Tartan on April 6 or any day of the year!

April 6 was chosen to celebrate Tartan Day as it is when 40 Scottish Nobles signed the Declaration of Arbroath in 1320. The declaration was a letter to Pope John XXII from 40 Scottish nobles and written in Latin. It is referred to as the "Scottish Declaration of Independence", with the infamous phrase "It is in truth not for glory, nor riches, nor honours that we are fighting, but for freedom alone, which no honest man gives up but with life itself."