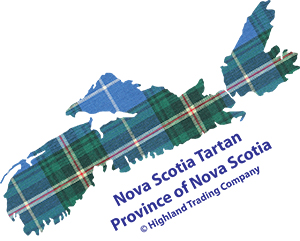 Tartan Day is recognized as a time to celebrate the contributions of Scots to the development and history of Canada.  It was first introduced by the Federation of Scottish Clans in Nova Scotia in 1986 and was officially proclaimed by the province in 1987.

Soon after, other provinces followed and in 2010 the Minister of Canadian Heritage officially declared April 6 as Tartan day, citing "On this day, all Canadians will have the opportunity to celebrate and learn about Scottish culture, traditions, and heritage, as well as their contribution to Canadian society." 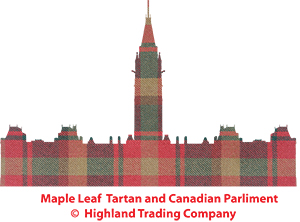 In 2011, the Maple Leaf Tartan was recognized by ministerial declaration as an Official National Symbol. The beautiful and colorful Tartan incorporates the seasonal changes of the maple leaf from green to gold, red, and brown. All Canadians are encouraged to wear the Maple Leaf Tartan as everyday attire, on special occasions and on such days of recognition as April 6 Tartan Day and July 1 Canada Day.

You can read more about Canada’s Tartan Day on this link to the CANADIAN HERITAGE site, search Tartan Day in the search window to the upper right.